The Rock Climbing Roundtable met for the second time on 8 October 2019. Members of the Roundtable agreed a set of meeting protocols and Roundtable membership criteria which will be circulated with notes from the meeting within the next week.

The Roundtable received a statement from the Chair of Parks Victoria.

Presentations were received by the Roundtable from Parks Victoria staff on the Cultural Heritage and Environmental Values survey process which enabled a greater appreciation of the legislative obligations and Parks Victoria actions to assess cultural heritage and environmental values in Gariwerd/Grampians National Park.

Climbers at the Roundtable reiterated their desire to partner with, and support, Parks Victoria in their survey process and to manage the estate in future.

The Roundtable was informed about the development of a Climbing Management Guideline by the Australian Climbing Association of Victoria and the Victorian Climbing Club and their intention to invite contributions by the wider climbing community.

A subsequent meeting is intended to be held in November to continue the positive discussions between Parks Victoria and Rock Climbing community during the first two meetings of the Roundtable.

This year’s Cultural Diversity Week theme pushes the boundaries and asks: What does multicultural Victoria look like in 2030? We're wondering what role outdoor leaders could take towards this vision? ... See MoreSee Less

Hosting an event​ next week?Host a free introductory session at your club, centre or studio or online during This Girl Can Week (22 to 28 March 2021) to encourage women in your community to give your activity a go! ... See MoreSee Less

22 to 28 March 2021  This Girl Can Week is back! ​ With gyms, physical activity providers and studios offering beginner-friendly...
View on Facebook
· Share 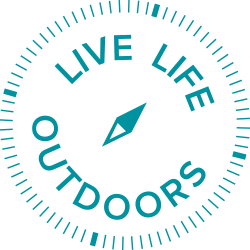